Posted on August 1, 2020 by theamericanplutarch

During the 1850s, GW II and Catherine Amos and family moved to Pike County, Alabama, where they farmed. After the war began in 1861, and when GW Amos III reached his 18th birthday, he enlisted as a private in Company B, 57th Infantry Regiment organized at Troy, Alabama. GW fought in numerous battles in Tennessee and Georgia, fighting against the invading armies of the North. Many of his comrades died, but he survived. A monument erected by the Atlanta Historical Society in 1944 commemorated the “American Valor” of the “participants in the Battle of Peachtree Creek, July 20, 1864,” in which GW III fought. 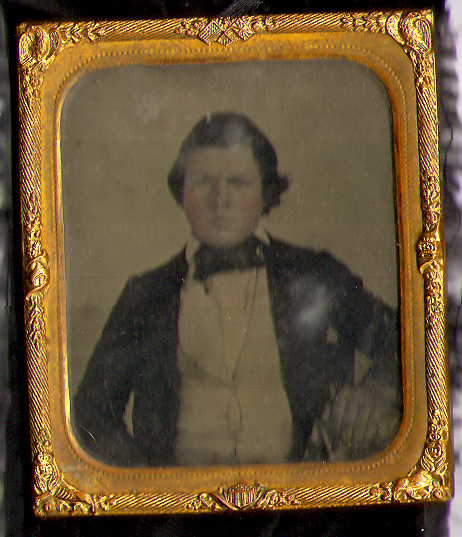 After the war, GW married Mary Jane Carter, born Sept. 29, 1842; she was 24 and he was 21. Mary was a native Alabaman, daughter of Seaborn and Hannah Carter; Seaborn Carter was a fairly wealthy Alabama farmer. According to the propriety of the time, GW (along with his brother Henry W.) had to post a bond of $200 guaranteeing that there were no impediments to the marriage: “Know all men by these presents, that we .. .. are held and firmly bound unto the State of Alabama in the penal sum of two hundred dollars; for payment of which, well and truly to be made, we bind ourselves and each and every of our Heirs, Executors, and Administrators, jointly, and severally, firmly by these presents. ….The condition of the above obligation is such that if there be no lawful cause why George W. Amos and Jane Carter should not be joined together in the Holy union of Matrimony, then this obligation to be void; otherwise, to remain in full force and virtue.”

In the 1870 census GW III and Mary Jane lived in Pike Co., Alabama, and had two young children (William Wilburn and Seaborn, 3 and 1); GW was listed as a farmer. His wife was illiterate, unlike him. He lived next to his father GW Amos II, probably farming the family land, as he was listed as having no real or personal estate. GW II was 58, wife Catharine was 53; two daughters lived with them, Rebecah and Isabella, 18 and 16.

In the 1880 census eldest son William Wilburn, aged 12, was listed as farm laborer to his father. The family had relocated to Arkansas, living in Big Creek, Sebastian, Arkansas (southeast of Fort Smith). 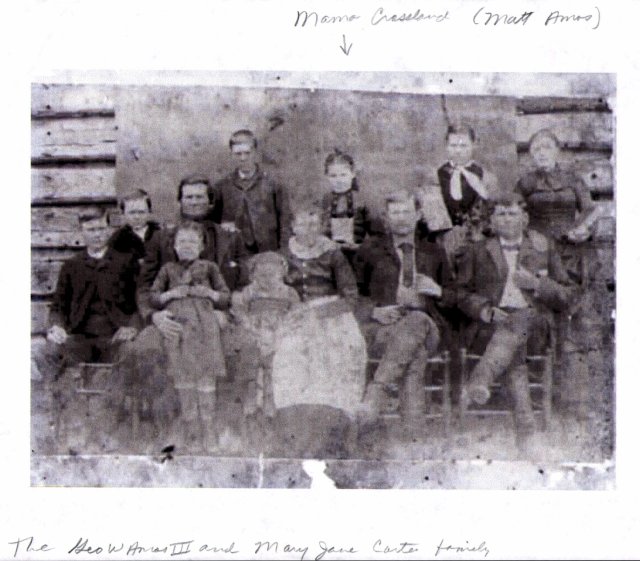 In the 1910 census, GW and Sarah had three grandchildren living with them and one child, Emma, from his previous marriage. They were homeowners, farming in Bloomer, Sebastian Co. Arkansas, near Big Creek. 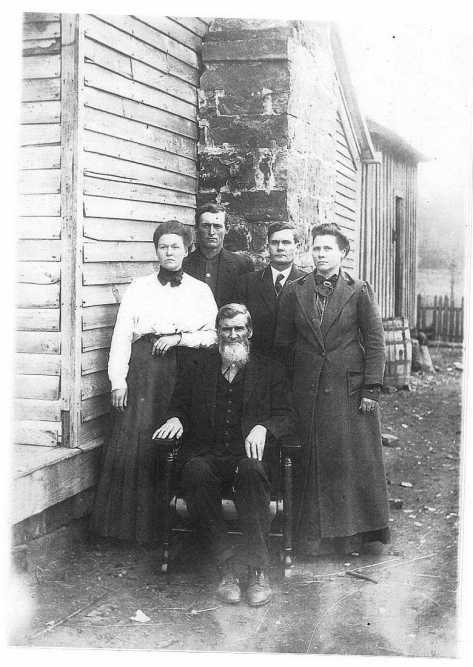 GW Amos III was a strong-looking man, according to several surviving photos. The photo taken when he was 18 before he enlisted reveals a pudgy, healthy young man with a full face and narrow, penetrating eyes. A later family photograph taken shortly before Mary Jane’s death shows a middle-aged man, stern, with a square face, no longer pudgy, thick hair and beard (without moustache). A photo taken around 1910 with four of his children shows a stern-faced man, lean, with heavy eyebrows, penetrating eyes, and a thick white beard sans moustache. A portrait perhaps drawn from a photo with his third wife Sarah Rambo Amos shows a white-bearded, brown-haired, stern man with sunken cheeks. 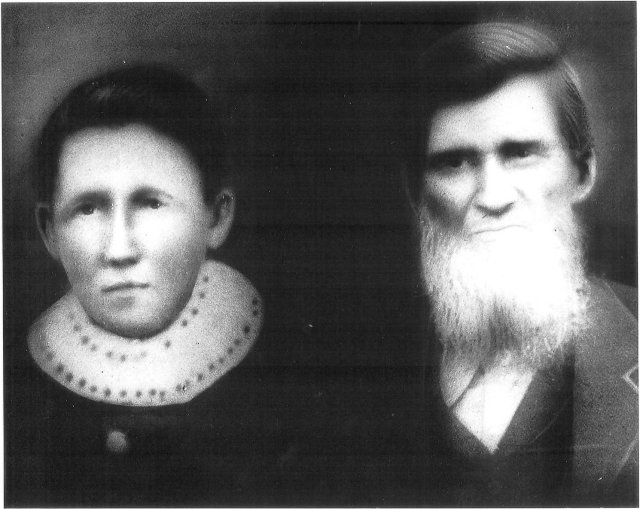 In 1902 GW applied for an Arkansas pension as a Confederate veteran. His widow Sarah applied again after his death in 1916. GW is buried at Greenwood, Arkansas. Sarah outlived him by six years.