Posted on May 4, 2020 by theamericanplutarch

Bessie Lura Amos Largent was born 129 years ago on Christmas Eve, 1891, in Sebastian County, Arkansas, to William Wilburn Amos and Ursula Calhoun Amos. Bessie was the first born to this farm family that rented land in the region south of the Arkansas River in eastern Arkansas. Ursula Jane Calhoun, her mother, was daughter to William C. Calhoun and Martha D. Rhodes; she was born in Illinois, and illiterate. William Wilburn, Bessie’s father, was son to George Washington Amos III and Mary Jane Carter; he was illiterate and born in Alabama. In the 1900 federal census, 8-year-old Bessie could neither read nor write. According to the 1910 census, Bessie was 18, attended school, could read but not write. 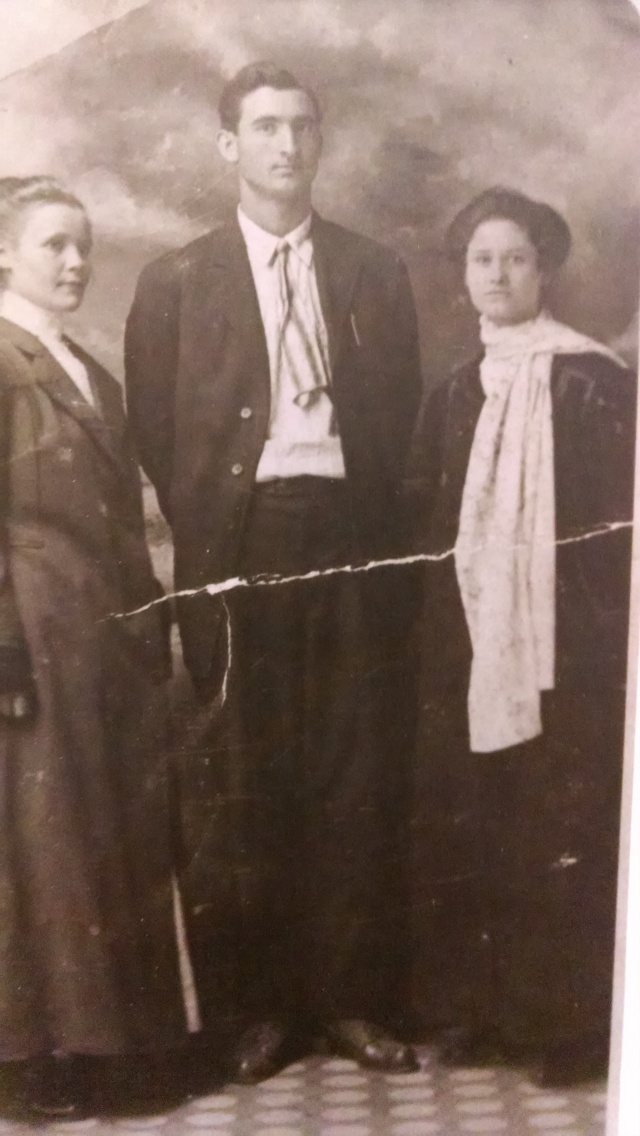 (Bessie Lura Amos and friends: Bessie is on the right)

Bessie married Claude Christopher Largent on December 3, 1911, in Booneville, Arkansas, where they made their residence during their early years of marriage. They had four children: Marie, born in 1913; George Amos, born in 1915; Joyce, born in 1919, and Wanda June, born in 1928.

According to the 1920 census, Bessie and Claude and their first three children lived in Center Haskell, Oklahoma, on Kinta Stigler Road. Claude was listed as a farmer who paid a mortgage on his own home. Claude and Bessie were both literate. According to the 1930 census, Claude and Bessie were living in Seminole County, Oklahoma, in the Econtuchka township. Claude was no longer a farmer, rather a teacher. Their three older children attended school. In the 1940 census, the family lived in Stigler, Oklahoma. Claude was a music teacher with the Works Progress Administration, a federal program of the New Deal. With the coming of the Second World War, the family moved to California for war work, but returned after the war to Oklahoma.

In Tulsa, Claude and Bessie lived in a small house in West Tulsa. Claude worked for Tulsa Public Schools in maintenance while Bess kept house. Every Christmas the entire extended family of children, grandchildren, and great-grandchildren filled the house and enjoyed Christmas cheer. Claude and Bess had their own easy chairs, from which they could sit and watch television. Claude enjoyed smoking his pipe and Bess enjoyed dipping tobacco. They were both quiet people. Bess, especially, was tough, no-nonsense. Claude predeceased Bess by three years. She lived for a brief time in a nursing home, and died on April 29, 1979. 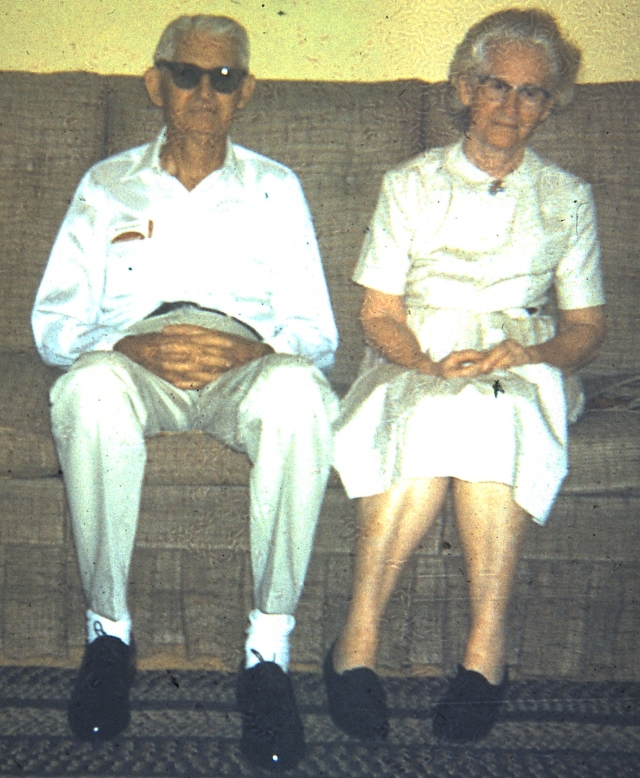